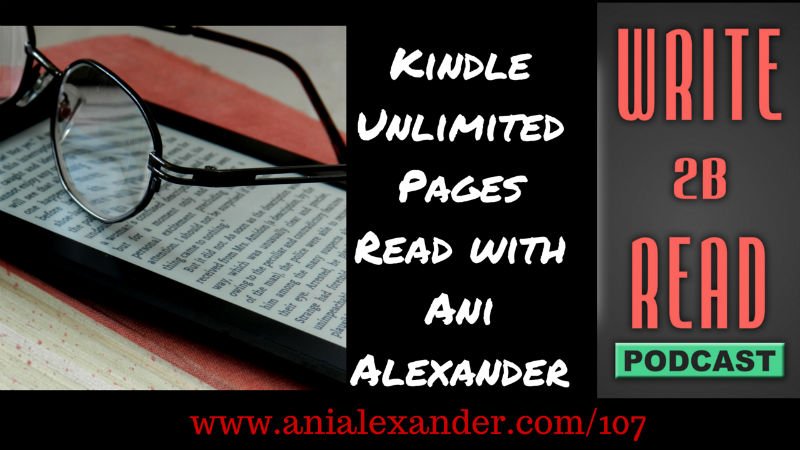 Click to Listen
0.75x
1x
1.25x
1.5x
2x
0:00
...
Apple PodcastsSpotifyTelegramShare Leave a ReviewGoogle PodcastsListen in a New WindowDownloadSoundCloudStitcherSubscribe on AndroidSubscribe via RSSSpotifyPlayer Embed
Powered by the Simple Podcast Press Player
These days I’ve come across many articles and questions concerning Amazon’t new policy that will be implemented starting July 1st. At first it seemed confusing even to me, so I went through some stuff and decided to clarify things for you today.

Before digging into this let me make one thing clear from the very start. This will only affect self-published authors whose books are available on Amazon’s lending services I mean those who self-publish their books exclusively through Amazon’s “KDP Select” program. It means that the news applies only at cases when Amazon prime members get your book for free from the Amazon Landing Library and if you are not enrolled at KDP Select program nothing changes for you.

But what if you are enrolled at the program. Before the change each month Amazon fixed a price per each landed/downloaded book and paid everyone that amount. So basically each landed book was viewed as a sale and the price was set by Amazon.

What will happen from now on? Well now what will matter is how many pages have the people who have landed your book have actually read. If someone downloaded your book and never opened it – you won’t get paid at all. So you will be paid for each page read.

“We’re making this switch in response to great feedback we received from authors who asked us to better align payout with the length of books and how much customers read,” the company said. Basically“ Under the new payment method, you’ll be paid for each page individual customers read of your book, the first time they read it.”

Some might think about fooling the new system by making the fonts bigger, double spacing the thing, etc, right? Well Amazon thought of it too and developed a “Kindle Edition Normalised Page Count” (KENPC) which standardises font, line height and line spacing. So that part has been taken care of.

Since some have asked what I think about this here we go….

First of all it is good that the writers have the choice – it is only for the KDP Select authors, so if you don’t like the new system you can still sell your books on Amazon and be out of the KDP Select.

Second I am thinking about my personal reading experience. I am not from those people who feel obliged to finish the book when they start reading it. In average I finish only 1-2 books out of the 10 that I pick up. I give a book chance of 20-30 pages – it either hooks me or it doesn’t and when it does’t I don’t feel like investing my time and attention into it. If the writer is not able to keep my attention and want me read more then he’s probably not a very good writer, right?

So in that respect I think that it is fair. There are so many VERY short non-fiction books, which have only one main message and lots of air inside. There are non-fiction books, which were written in 2 hours. Why should their authors be paid the same as a thriller writer of 140k word book, who spent months writing the book? Maybe if that new system applied to all book sales and not only the landing library we would have less of those small non fiction crappy books which were outsources just to make passive income for the publisher? Maybe in that case only really good writers would make money and not those who don’t even write the books but outsource them and use keywords and stuff to get the downloads? Maybe, I don’t know… but I see the logic of encouraging authors who’s books readers want to read.

The Goldfinch, by the Pulitzer Prize-winning Donna Tartt, was one of 2014’s biggest sellers. But I read today that data released by Kobo showed that only 44 per cent of readers who downloaded it read to the end. Maybe people downloaded it because it was an award winning book, because it was a bestseller and many spoke about it. But apparently over 50% of them did not like it enough to read till the end.

On the other hand, as one of the authors stated – if we apply the same logic then it means we should pay for the burger according to how many bites we had… huh?

So the new thing I spoke about today is effective July 1st.

What I’d like to mention though is that it will be happening all the time. Amazon has been changing it’s algorithms many time before and it will be continuing doing so along with its policies. And it is good to know about the new things coming up and be prepared but what is ore important I think is to make you sure that you write the best book you can. Because if your writing is good, if it resonates with the reader, if it makes the reader feel and think, you will most probably succeed no matter what!

Join the Write to be Read podcast birthday party by registering at here.  I will be more than happy to meet you there on July 1st!

Don’t miss the opportunity to join me and other Write 2B Read podcast listeners at our Facebook group.