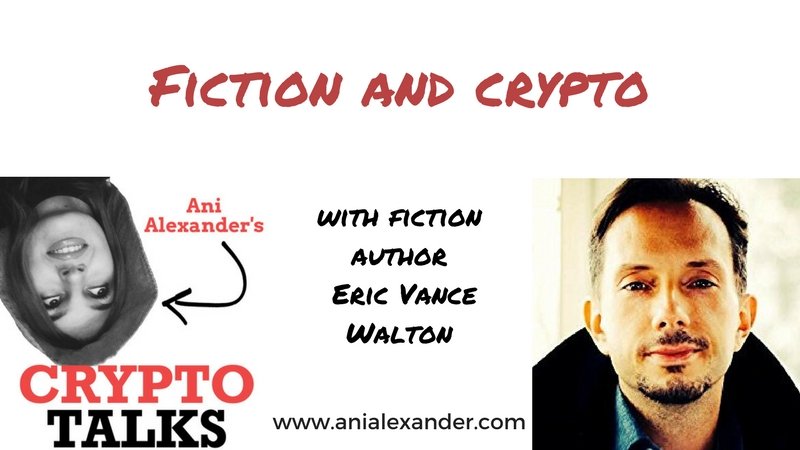 Initially, this was a Facebook live that I did in summer 2017.

This is my conversation with Eric Vance Walton. Eric is a fiction author.

Like many authors he was happy to when Amazon came along with its Kindle Direct Publishing program and he took the self-publishing route. At first Eric’s biggest best social media was Facebook where he had set up his author page. Then, as it always happens Facebook decided to change its algorithm yet again and as a result Eric was forced to pay $20 for each post on the page so those who had liked the page would be able to see it.

Eventually, he discovered Steemit and it became his primary social media platform. Eric moved part of his Facebook audience to Steemit and that help him jumpstart his Steemit journey.

Eric feels that on Steemit the engagement is better and people care about each other. For him it took 2 months to gain traction and get noticed there.

Eric used Steemit as a method of crowdfunding his book. Basically, post payouts paid for the book production.

The easiest way to understand was to make transactions. Learn the mechanics of getting a bitcoin wallet and signing up for an exchange.
Once you do complete a transaction it becomes as easy as breathing.
Most people don’t believe it’s real until they convert it into fiat currency – then it all sinks in. You will learn how much freedom crypto provides.

On growing your audience on Steemit

Mentioned in the episode

And last but not least

To join our discussions and share your views – make sure you become part of our telegram community by clicking here!

Also, make sure you subscribe to the newsletter not to miss anything!

You’re doing something cool in the blockchain space and want to become a guest?