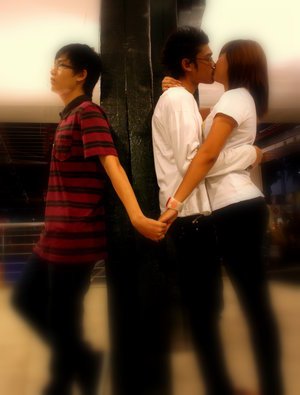 I read this book yesterday and for n-th time realized that I don’t like feminine books. This one was not only feminine but also about a stupid female, and that fact made things twice worse.

To avoid misunderstandings when I say “feminine” I do not mean emotional and romantic, I mean books which smell like feminine nature, books, which no one will think a man wrote. Those are the books about topics worrying women from stereotyped women point of view.
Usually it’s all about women, who play the role of victim, who are described as too nice, too good and unfairly treated bad. Women, who don’t know how to fight or if they do, they fight for what makes them unhappy. Women, who don’t know what they want and get lost between their x love, present loneliness with someone they don’t love and who knows what else. Those women don’t understand themselves, and at the same time complain of being misunderstood by men. Those women long for men who treat them like shit and don’t see men who are devoted.

For me personally, the topic of love is very clear. You either love or you don’t, you either fight for your love, or you don’t, you are either lonely or you’re not and as a sum up of all your actions and feelings together you are either happy or not. And there is nothing between, no justification for your mistakes and stupid decisions, no back-ups for your tries to chase the happiness away and no excuses for not knowing what you want. It’s your choice and all depends on you.

In short, I feel good that I am not like those women from “feminine” books. And reading those books I sometimes think that one of the reasons I love being a woman is that I will not have to deal with women like the one from the above-mentioned book.

And as a conclusion, life is too short and love too important for praising weak women in novels 🙂