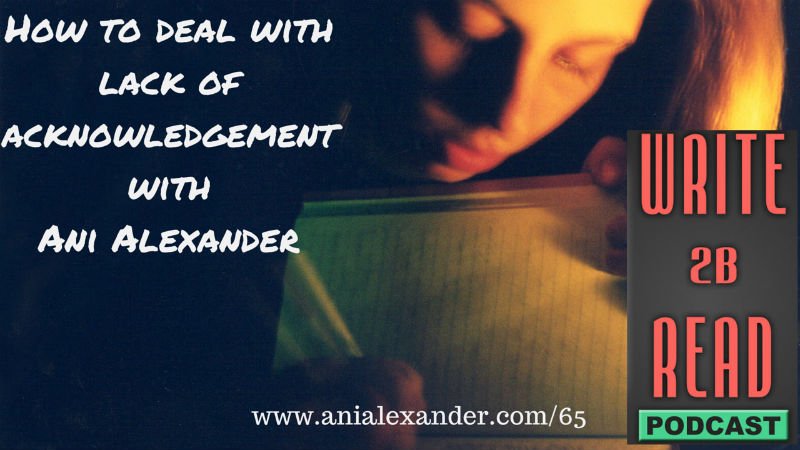 A while ago I told you the story of how I started writing. I still can’t explain why and how exactly that happened. But after the first poem, which I wrote I’ve been writing on and off for 20 years already.

Just like most of you I did not share my writings with the world and kept them to myself. I did not even read most of what I’d written, because I loved and enjoyed the process of writing more than the result itself.

After a while though I decided to show it to my mum to get opinion. I handed her the piece of paper with my hand written poem on it and asked to tell what she thought. Mum took it, read it and told only two words – “not bad”. Although the feedback was not negative, I took it exactly that way. The expression of her face and the way she pronounced those two words sort of showed that she meant just the opposite of what she said. And although, maybe I have let it go, I have not forgotten that moment. That was my very first experience facing criticism.

I kept on writing in the evenings in my room while listening to music through my earphones and drinking beer straight from the bottle. I was aware of the fact that most 16 year old girls spent their evenings differently, but honestly I did not care.

Then one day I saw announcement about a poetry competition in the UK. Back then they were asking for real hard copy letters. So the next day I was at the post office sending the poem I had shown to mum to the competition. I thought that the jury might know things better…

I sent the letter and completely forgot about it. That is until I received a reply.

I held the closed envelope and took some time to collect courage and open it. When I finally did and read the letter I absolutely had to show it to my mum. There were two main messages I wanted her to read from there. The first one said that according to the jury I had talent (which I did not believe btw) and the second message said that I was among the semi-finalists of the competition.

So what happened next?

Well it appears that after jury’s letter and acknowledgment mum took my writings more seriously. I can’t tell she liked them – she still probably didn’t, but she accepted the fact and believed this time that my writings were “not bad”.

Those who have heard me tell that you as a writer don’t need anyone’s permission and acknowledgment to write and be a writer might think that I contradict myself. But I don’t.

The thing is… that letter did not change much in how I saw my writings. It did boost my ego a bit, I admit… but I still did not think I had talent, I still enjoyed the process more than the result and I still did not consider what I did as something more serious than a hobby and escape from the reality.

What the acknowledgement did was impress others and bring in credibility to what I wrote in other people’s eyes, not mine. Somehow it seems like others need that acknowledgement more than yourself. It impresses people and makes them look at you with different eyes. But does that acknowledgement change the way you write? Does it make you a better writer? Does it change you as a writer at all?

I think the reason it did not change much in me was that I was writing for myself at that stage. I did not need to share my writing, I did not aim to publish my poems and I was not looking for a fame. I knew I could write, I loved doing it and I wrote to either cope with the reality or escape it altogether.

I wrote regardless of whether mum or others liked what I’d written or not. I wrote regardless if the jury thought I was good or not. I did not need the permission to continue writing. And the acknowledgement I received simply meant that maybe what I wrote was “not bad”.

I am really happy to announce that last week my podcast passed 50k downloads. This may not sound too much for some, but for me it is very special. The reason is – when I was launching Write 2B Read the biggest fear I had was that no one will listen. That’s what I was scared of most. So reaching 50k downloads is huge!

To celebrate that (+ my birthday this month) I created a giveaway for writers, which you can see here. The winner will get Scrivener + 2 books, which will help become successful self-published author. Please check it out and share with those, who might be interested.

As you already know the podcast is sponsored by the Author Marketing Institute. AMI wanted me to let you know that their next event for authors is coming up at the end of Jan. It’s called Author Marketing Live and it’s a virtual conference. That means you can attend from your home or office and see all the presentations via your computer or tablet. Grab a seat today to learn from best sellers like Steve Scott, Joel Comm, Lewis Howes and Peter Shankman, and more. You can grab a ticket to the event for only $99 if you use the coupon code “ani” during checkout. That’s $49 off the regular ticket price. Just visithttp://www.authormarketinglive.com to register.

2 replies to "How to Deal with Lack of Acknowledgement"