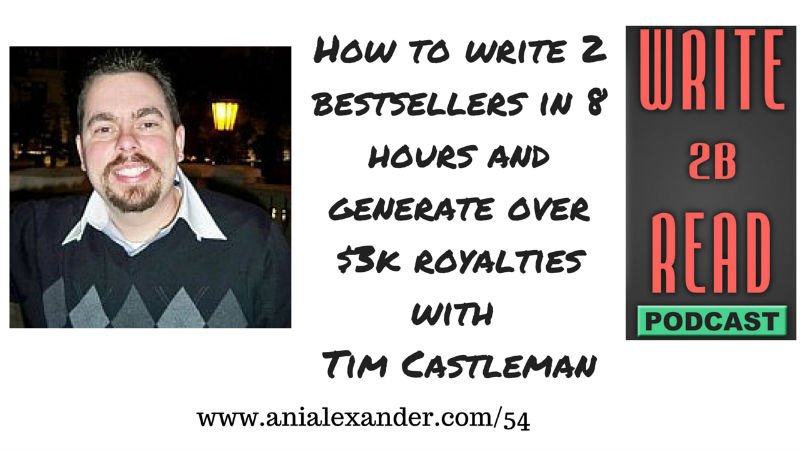 Today I will be talking to Tim Castleman. He did something amazing. He wrote two 8k words in under 8 hours. Both books became Amazon bestsellers and ended up generating him over $3k in royalties in just 2 months from the launch + hundreds of glowing reviews!

been doing online marketing since 2009. He found a partner with whom he worked for a year. And then, when they parted he had his lowest times of his life. He almost quit and was already thinking of going back to 9-5 job.

That was when his friend contacted him telling about the Amazon self-publishing. So Tim decided to do it.

He hired a ghostwriter for his non-fiction book. But when he received the text he realized that he could not release it under his name. It was not his voice and was not written well. So Tim had to write the book in 48 hours because he had a deadline. He wrote his book, which was over 8k words in just 4 hours. Now that book is an Amazon bestseller for 90+ days. And being frank with he Tim admits that he did not expect such good results in the beginning.

Q: Once you finished the book and it was ready, did you do anything with the marketing of the book?

A: I mentioned already that I am Internet marketer and I do have a customer list. Some people will turn immediately off and say “Oh that’s how he made all his sales”. Let me tell you I actually tracked with software the sales that actually came from customers that were on my list vs. social media. And for my last book the clicks from my customers and the clicks from my social media were between 200-300 of each other. Meaning that if you don’t have a list you can to do what I will share with you via social media. The key is you need to find a group of people, that you’re talking to and they actively involved. My first book is called “The creativity Checklist”. That’s a checklist that I use to create products and services for my market. So I’ve already been in several Facebook groups and several forums. I’ve already made my presence known there by being useful and active contributor. So I didn’t just show up by saying Hey everybody here is my book buy it. I showed up I said hey let me help this person. Let me get my name known. And then when it was my turn I said hey guys I have this book out. It is limited for 3 days if you be so kind please purchase it and enjoy the discount. And it’s really all I had to do to get that initial push. I really think when it comes to sales and marketing Amazon looks at 2 things. Your sales obviously initially but then they look at your reviews as well. And the best way I can describe this is imagine you have this friend. And you want to introduce this friend to all your other friends. If Amazon sees that you are making lot of sales and people are leaving positive reviews, then they will show your book to other people. Because Amazon does the majority of marketing for me now. They e mail out their customers, they tell people about my book. And all I had to do was get the initial burst of sales and reviews and Amazon takes from there.

Q: Do you know how many books were sold to have that initial push in the beginning?

It’s always gonna depend on your niche and your genre and your industry, but I would say if you could do 10+ sales initially you’re gonna at least get that initial momentum. Cause what happens is you get those sales Amazon puts you in a ranking category, so let’s say you’re the 5th most popular book on writing. They also put you in the Hot New Release list. So Amazon puts it in front of the customers, they start buying it and it basically just becomes a big snowball

The 99 cents is meant to get sales and get reviews at cheapest price possible.

Q: You have big amount of reviews for your books. Were they organic reviews or you did something to get them?

A: I did something and then they started to come organically. So here is what I did. I basically sent to my list and my social media contacts “hey if you buy the book just do me a favor and leave a review. And if you leave a review and send me a copy of the review to my e-mail address then I’ll send you either another book or a bonus video or something along those lines. They key there you obviously can’t tell to leave a 5 star review so if you get 1 star review you still have to send the book. But the whole goal is to get those reviews initially up there. So I would say 2/3 of my reviews came from the initial push. What is amazing to see is those books continue to get reviews that are what I would call organic reviews. That is you see a book you read it and like it so much that you leave a review of it.

Q: Can we say that if you launch the book successfully and get the initial push and reach the momentum, later on there is much less to do?

A: Right, exactly. Like I haven’t done anything with either of my 2 books probably in the last 35 days as far as advertising, promotion, sales, discounts, etc and I still make thousands of dollars out of them.

Q: The problem with Amazon is that you don’t get the contacts of your readers. How do you deal with that? Do you have an opt-in form in the books? How do you engage people, who have bought your book?

A: I have an opt-in form right at the very beginning of my book. I think it’s the first or second page or the third. They see the title, they see the table of content and right there I give them a free gift for signing up. The key is to be successful you have to be a frequent publisher, so you have to be producing content on regular basis. No fewer than every 60 days. You have to build a list of your buyers. There is so much information out there that the only way you can get to them is to have their e mail addresses. And then frequent promotion. KDP days, Kindle Unlimited, you can bundle your books… there are many things you can do to increase your availability and ability to make more sales.

Q: You mentioned that every 60 days one has to come up with a new book. Why 60 days?

A: Here is my belief and this is untested but it is based on my own experience.

Q: Do you send your e-mail list anything before your new book comes out?

A: You can send out a survey with possible book subjects, which they choose. I also make teasing by telling that my book is almost finished. Then I send e-mail the day it goes to Amazon. Then the day it launches I send them the e-mail that it is live and priced 0.99 for three days. Then I ask for a review and offer them a free book for the review.

The most important tips

Tip 1: Come up with your hook or angle before you even start to write your book

Tip 2: Come up with the outline

Tip 3: Come up with a system or process that works well and then trust that process

Done is better than perfect!

Don’t Forget to Get Your Free Book 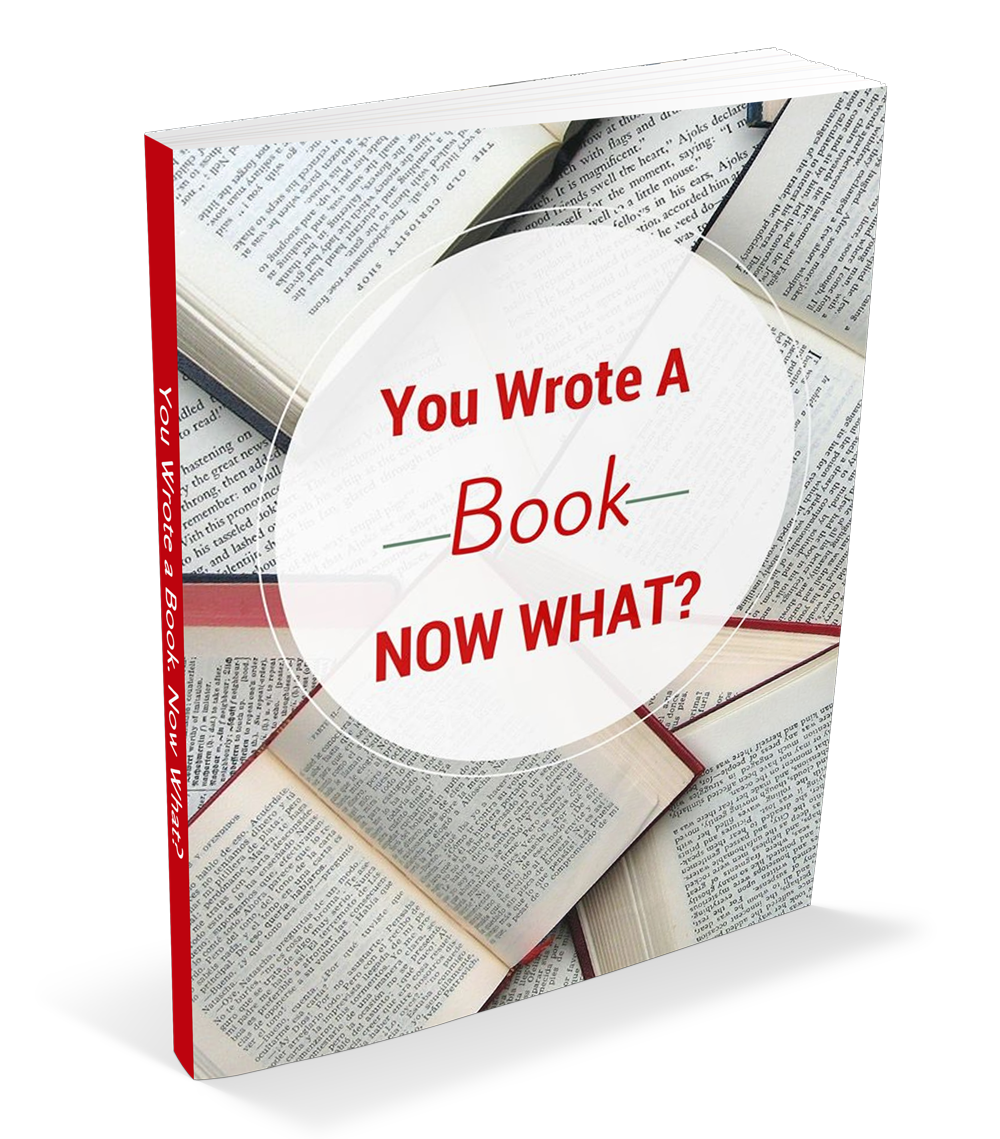