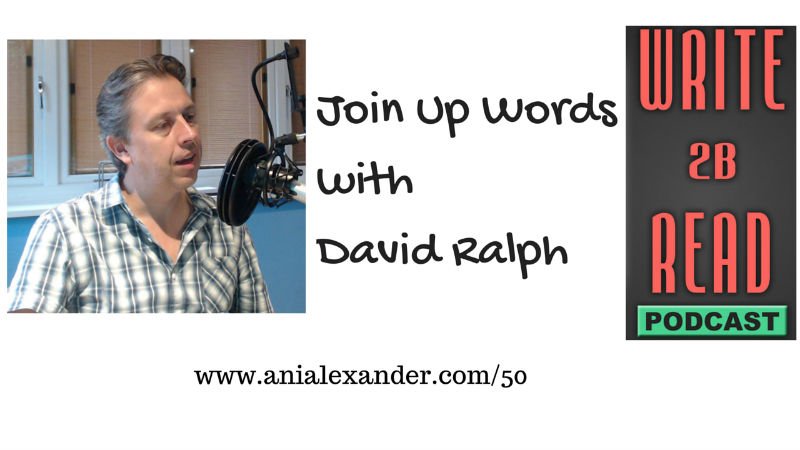 I will start the show notes of today’s episode with the official version of my guest’s introduction, which states the following:

David Ralph is the host and creator of the top ranked seven day per week show “Join Up Dots” and the founder of Podcast Mastery. Based on the words of the late Steve Jobs, David take his guests through an emotional dissection of their lives, culminating in a conversation with their younger self.

What mistakes would they rectify? What success would they class as their “Big dots” to the achieving the life of their dreams?.

With a daily audience of over 18,000 listeners, David has truly found his path in life.But this is the pinnacle of nearly thirty years based in corporations around London and the United Kingdom, where David didn’t know his path, and like so many of us followed the route that was expected. The route that was not his.

And to that I will add my non-official version of who David is:

David is extremely hard working person, who is ready to sacrifice almost everything in order to get where he’s headed for. He is almost never unhappy and the energy he radiates from his microphone, along with his pleasant British accent is simply amazing.

Up to now only few people, knew that David has written a book. Only two people have seen it up to now, but that doesn’t matter. The fact that he has written and completed a book already makes him a writer.

Why did he do that?

It seems like he wanted to prove to himself that he could do it and also leave a mark in the world. David wanted to write a page, which sounded like a book… but then his words started flowing and the page grew into a chapter and that in its turn into a book. David wrote the book while he was at work – putting 1k words a day.

David was editing on the go, so I am quite surprised that he reached the end to be honest.

When the book was ready and David read it, he did not like it. Maybe that is why it ended up being abandoned by him.

Now, after some time David went back and read the book again. This time, he liked what he read and seems that at some point he might even consider sharing that story with the world.

In this interview we talk about pretty much everything. We discuss difficult bosses, escape from the corporate world, finding what you love doing, writing processes, the muse and the life itself.

David’s thought’s I wanted to highlight

If you love doing something you find a way of doing it.

We’ve only got one life, so let’s make most of it.

I’m a believer in the belief.

Everything we do in life is about challenging ourselves to overcome something that we don’t believe we could do.

I don’t want to earn money doing something I don’t love.

Please feel free to connect with me and other Write 2B Read listeners in the closed Facebook Group.

« Previous Post Are You Afraid of Being Judged? (You Should Not Be!) Next Post » How to Get Traditional Publishing Deal w/ @prolificliving