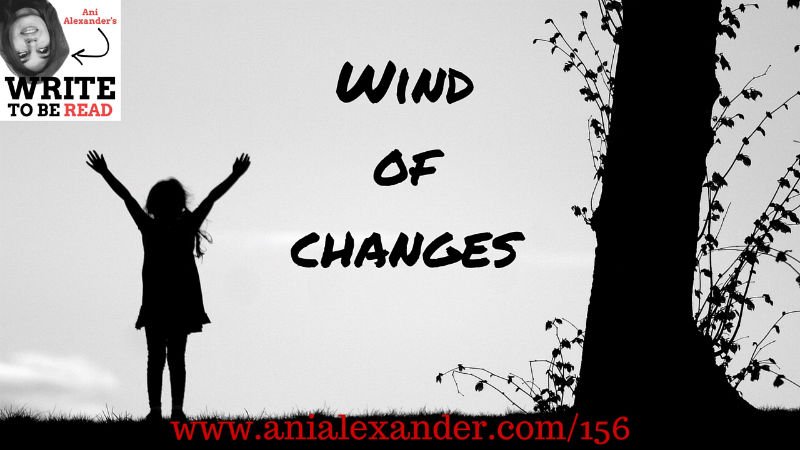 Click to Listen
0.75x
1x
1.25x
1.5x
2x
0:00
...
Apple PodcastsSpotifyTelegramShare Leave a ReviewGoogle PodcastsListen in a New WindowDownloadSoundCloudStitcherSubscribe on AndroidSubscribe via RSSSpotifyPlayer Embed
Powered by the Simple Podcast Press Player
This episode is gonna be very different from what you’re used to. In fact I have to be honest and say that this particular episode was the hardest to record… well maybe apart from the very first episode of course…

I aired the very first episode of the write to be read podcast on July 1 2014 – almost two years ago. And it has been very exciting, bumpy and rewarding journey since then.

For me launching a podcast was an experiment. Apart from the fact that I really wanted to help writers, I was also driven by the curiosity of whether I could actually do it or not. I had no big plans connected with the podcast and I had not even decided for myself for how long I will be doing it.

If back then one would say that I would end up sticking to it for almost 2 years and that I would have tens of thousands regular listeners I would probably not believe it. But things turned out the way they did and I am extremely happy with where I am now.

I also appreciate every single one of you who’s listening … because you are the ones who made it happen. If you were not listening, if you were not providing feedback, writing podcast reviews and connecting with me I would most probably not have enough motivation and determination to carry on. So thank you!

Since I got into the exciting world of podcasting and my podcast grew apart from the listeners, writers – people from the self-publishing industry started to know me… Then other podcasters got connected too… then I networked with coaches and speakers, other creatives, online entrepreneurs… obviously with over the 120 guests who were interviewed up to now and after our move to the UK I met many new people here too… Some of you also know that I have been  one of the early adopters of the live streaming platform Blab and have recorded some of my podcasts there… so the Blab community became the one I interact often with too…

So it has been a long journey from people thinking “who the hell is this?” to “oh, I think I’ve heard about her somewhere”.

Now, why did I say that recording this podcast episode was the hardest you may think… Well because this one is a bit personal and I am still not very comfortably getting up close and personal publicly and also because it includes a news which I can’t predict your reaction to. So all this is kind of scary… but I’m gonna do it anyway.

As you might have already noticed I love changes and not only embrace them when they come, but also initiate them very often. I have never been from those who resist the change and love things stay the way they are. I am not from those people – I don’t think there has been a hairstyle out there that I have not tried… and those were the smallest scale changes I’ve made.

Since the launch of this podcast things evolved. My audience did not only grew in numbers but it just grew… and that is amazing. What I mean is, the podcast was initially created for newbie writers who were trying to write a book, who were trying to figure out how self-publishing works and who wanted to become authors.

I am super proud that many of the listeners actually did write their first books, some even published them already and few have several books out there already. That means that Write to be Read has accomplished its main mission.

Few weeks ago I sent an e mail to my list and offered an hour Skype call to the first 6 people who replied. From the feedback I’ve got from them I realized that the podcast has already covered most of things newbie writers need to know when they start and much more…

Parallel to that I had been thinking a lot about how things were evolving and noticed a trend. The first thing was – people who approach me are not only writers anymore. They are creative individuals, who do something online – authors, speakers, coaches, online entrepreneurs, podcasters…

Some need emotional support, some come for advise about podcasting and most of them are trying to figure out how to establish their personal brands and grow their audiences online. So although “officially” I’ve been working with writers and all my content was tailored to self-published authors I’ve spent some time behind the scenes working with people who have nothing to do with writing and publishing. I’ve even been actually doing some coaching for them I never spoke about before…

So the change seeking bug started visiting me since months… I periodically had this desire to go ahead and change everything… and if I was my eccentric 20 year old self, that’s exactly what I would have done, with no plan, no fear and no expectations…

But I was 20 ages ago… and I want to do it the right way. So this time I put a lot of thought into this.

So I thought – hey if things are evolving who said the podcast should stay the same? If you are a change addict like me probably you’d welcome some change too, right? We have all the archives of the podcast and there are more than 150 episodes dedicated to becoming authors that can always be gone back and listen to. Why don’t we move forward and get to the next level?

I want this podcast to become a place not only for writers but also for all content creators, personal brands and online entrepreneurs. You may be surprised, but you and them have very similar challenges. So just like Write to be Read was encouraging and inspiring writers become successful authors – this new version of the podcast will help you and all those people establishing their brands and growing their audiences online. Because let’s face it – without an audience you can’t do anything.

So eventually it will be a newer, upgraded version of the podcast we have but with slightly different angle and broader audience. I say broader and not different, because I truly believe that authors too need to grow their audiences and writers and authors too are personal brands. And I am counting on you to join and support me in this new journey. In fact this time, I don’t want to do it all alone, I want us to do it together.

So why was this podcast episode so difficult to record? Because my biggest fear is that I may lose you because of this change that I am initiating and that’s the last thing I want to happen.

I have done things already about this and have the plan in place. I have even started implementing part of it already, but there are still things I have not done yet.

I was thinking about re-naming the podcast but could not come up with a new name as good as the Write to be Read, so I decided that we could have some fun about it… why not?

Who are more creative with words than writers – right? So let’s have a contest. Email me your versions of the new podcast name and slogan to ani(at)anialexander.com. The 5 people who will come up with the most creative and catchy podcast name and slogan proposals will get a free lifetime membership to a community that I’ve set up literally few hours ago. You can get all the details about it here

I launched this awesome online community (which does not yet have a name cause I plan using the same name as for the podcast), because I think that we need to have a place, which is more interactive and you may need more support and deeper knowledge than what you are getting from the podcast. Since it’s new we will be building it together so I will need founding members. That is why instead of the monthly fee which I will be charging later, my audience gets a limited time offer of one time small payment only. So once again you can check all the details at here  and I would LOVE to see you inside.

So today we are May 11th and you have 1 week to come up with something creative for our podcast name and slogan and send me an e mail to ani(at)anialexander.com. I can’t wait to see what you come up with.

Since I’ve been thinking about this for quite a while and there has been strong resistance inside… I am glad I finally did it. So I am pushing the publish button and there is no turning back.

Thanks for listening and hope that you will be with me even after the changes. Would love to see you as members of the community. Meanwhile, take care and have a great day!

2 replies to "Wind of Changes"